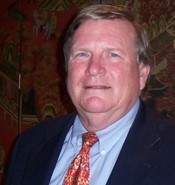 Ken, the grandson of founder Jesse Griffith, joined the firm in 1967.  He is a 1969 graduate of Manatee High School and possesses both a B.S. in Business and an M.B.A. from Wake Forest University.

In their free time, he and his wife Catherine (originally from Kitchener, Ontario, Canada) enjoy the peace and serenity of the Everglades, where they own a camp in the Big Cypress National Preserve. Ken is the proud father of two children: Carolyn and Robert. 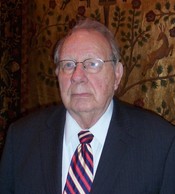 Oscar Marvin “Buster” Griffith died on Sunday, January 16, 2022, in Bradenton, Florida at the
age of 98. His wife Eileen, the love of his life, was at his side in the home where they had lived
for almost 60 years.

Buster was born on March 17, 1923, in Martinsburg, Pennsylvania, the son of Jesse Marvin
Griffith and Ruth Metzker Griffith.

Buster was raised in Florida, the family moving from Pennsylvania to Hollywood in 1926, then
to Lake Wales in 1928. Jesse Griffith and family came to Bradenton in 1938, when he and his
partner Conklin Cline established Griffith-Cline Funeral Home. Buster assumed management of
the funeral home from his father in 1952 and was president of the company until his death. He
was a frequent presence at Griffith-Cline well into his 90s, offering his expertise to clients and
colleagues and his comfort to those mourning the loss of loved ones. He had a gentle touch and
always had exactly the right words for grieving families.

Buster graduated from Bradenton High School (now Manatee High) in 1942, serving as senior
class president. This from his high school senior yearbook photo caption, comments from
classmates: “A gridiron star, hailed by all football fans; a friend, tried and true; a man for the
ages.” His classmates clearly knew him well. He was a talented athlete, lettering in football and
track. He was named captain of the Bradenton High football team and earned a football
scholarship to the University of Georgia, which he attended for a year before joining the U.S.
Navy. He served his country during World War II from 1943–1946. After his honorable
discharge from the Navy, he completed his education at Rollins College and the Eckels College
of Mortuary Science in Philadelphia.

Buster married Dorothy Eileen Watts of Columbus, Ohio on March 26, 1949. Theirs was a
storybook marriage, lasting just short of 73 years.

During his long life, Buster became well-known and highly respected throughout Bradenton and
Manatee County. He was a hard-working, principled, dedicated businessman, generous with his
time and financial resources above and beyond his work with Griffith-Cline. He served in many
charitable organizations and was a leader in numerous local civic endeavors, including the
Chamber of Commerce, Civic Center Authority, American Red Cross, YMCA, United Way,
Manatee County Shrine Club for Crippled and Burned Children, and Goodwill Industries. Never
expecting recognition or compensation, he devoted countless hours to making Bradenton and
Manatee County a better place to live and work.

He was a Lions Club member, serving as treasurer and president. He was a Master of the
Braidentown Lodge of Free and Accepted Masons. He was a Vice Commander of the American
Legion Kirby Stewart Post #24.

He served on the Bradenton Country Club Board of Directors and on the boards of several local
banks.

He loved his church, Christ Episcopal, for which he served on the Vestry and as both Junior and
Senior Warden. He gave freely and faithfully of his time and was a fiscal pillar of the church. He
was a proud founder and board member of St. Stephen’s Episcopal School. It is fitting that he
died at dawn on the Lord’s Day—the time he would customarily arise to prepare for the early
church service.

He was the 2008 Manatee County Distinguished Citizen, awarded by the Manatee River Fair
Association.

He was the 2015 Outstanding Alumnus of the Manatee High School Alumni Association.
Buster, his life filled with honors and accomplishments, was most proud of his family. He loved
his wife, his children, his grandchildren, and his great-grandchildren with all his heart. And they
all loved their Granddaddy.

Buster will be dearly missed every day by his family and his multitude of friends, but so will
they remember his warmth, vitality, loving spirit, generosity, love for life—and perhaps most of
all—his hearty, deep baritone laugh.

He has been preceded in death by his parents Jesse and Ruth Griffith; by his sister Helen Griffith
Jordan; and by his brother, Donald Fred Griffith. 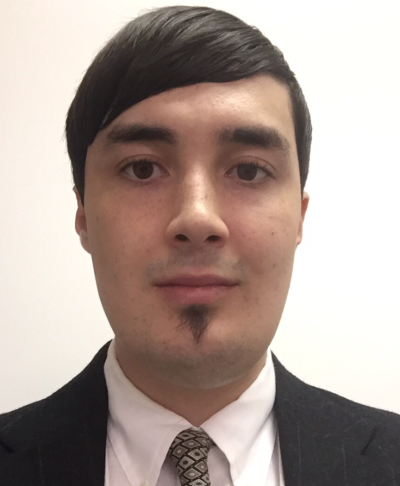 Jason was born and raised in Anchorage Alaska, and moved to Florida in 2011. He holds an Associate in Science in Funeral Services degree from St. Petersburg College, and an Associate in Arts from State College of Florida. Jason joined Griffith-Cline Funeral and Cremation Services in May 2019 shortly after finishing his internship and receiving his license.

He enjoys and participates in sports of the martial variety and is a semi professional gamer/streamer in his spare time.

Bob possesses an earned Doctorate in education from the University of Delaware, and a Bachelor of Arts and Master of Arts degree in music from Trenton State College.  Bob joined Griffith-Cline Funeral and Cremation Services in July 2002, following a 35 year career in higher education.  Prior to his retirement from academia, Bob was an Associate Professor of Music at The College of New Jersey, where he was Artistic Director of the college’s Opera Theatre and also served as Chairperson of the Music Department.  Upon his retirement, he was awarded the title Professor Emeritus of Music and in 2006 was awarded the college’s highest honor: the Alumni Citation.

In addition to his work in education, Bob was also affiliated with Trinity Episcopal Cathedral in Trenton, NJ, where he served on the music staff as a member of the professional cathedral choir, also serving as conductor of festival services and concerts.  At present, he is Artistic Director of Musica Sacra of Sarasota.  It is the Florida Gulf Coast region’s only choral ensemble dedicated solely to the presentation of sacred music.   He is also the Music Director of The Hillwood Singers, a choral ensemble comprised of singers from the US, England, Finland, Belgium, New Zealand and Germany that serves as Choir in Residence at one of England's great cathedrals each summer.

Bob and his wife Joan reside in East Manatee County.  In addition to their travels within the US, they have visited more than 20 countries and spend considerable time each year in England and France. 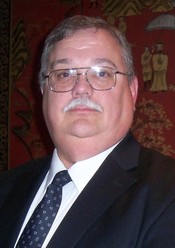 Sammy is a Bradenton native and is a graduate of Southeast High School.  He holds the Associate of Science in Funeral Service degree from Gupton-Jones College of Funeral Service in Atlanta, Georgia.  His father was a funeral director in the Manatee/Sarasota area for more than 35 years, so it was natural that Sammy would choose to enter the field himself.  Sammy joined Griffith-Cline Funeral and Cremation Services in August 2011.  Sammy has 33 years experience in funeral service in the Manatee/Sarasota area.

Sammy belongs to Manatee Masonic Lodge #31, F.&A.M. and is a member of the York Rite as well as the Sahib Shrine, Sarasota.  He is a former reserve officer for the Bradenton Police Department.  He married with three children and is a member of Woodland Community Church. 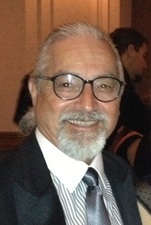 Ed's bio will be posted in the very near future.

*Unlicensed and not qualified to embalm, make funeral arrangements, or conduct funerals.

A year of daily grief support

Our support in your time of need does not end after the funeral services. Enter your email below to receive a grief support message from us each day for a year. You can unsubscribe at any time.