Plant a tree in memory of Dr. Robert King
An environmentally-friendly option 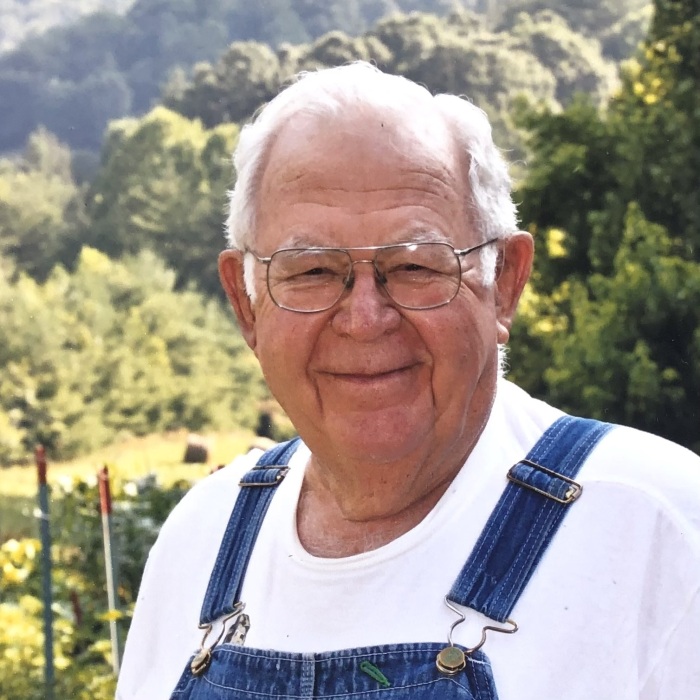 Dr. Robert E. King passed away at home surrounded by family, love and prayers on March 20, 2021. He was born in Bradenton, FL on November 18, 1934 to Bartow E. and Martha B. King.  He was the youngest of 3 children.  Dr. King was known by many names throughout his life including Bobby, Bob, Uncle Bob, Doc, Grandy, and to his loving wife of 55 years Susan, My Love.  Bob shared a full, abundant, rich, adventurous life with his family, friends, colleagues, patients, staff, neighbors and fellow citizens.  He lived everyday of every chapter of life to act justly, love mercy and walk humbly with God.  He prayed daily for God’s guidance, to know his will, and to have the courage to carry it out.

Looking back through all of the adventures, photos, awards and accomplishments, it is hard to imagine how he was able to do it all in only 86 years.  His giant bear hugs, contagious laugh, deep and powerful voice, engaging storytelling, and constant loving encouragement will be deeply missed, but his family is grateful for the grand reunion he is having in paradise with so many dear family and friends.

Bob’s life was full of daily blessings, love and gratitude.  He felt “blessed beyond measure” every day.  For the past several years living at home on the family farm, as his body became less and less able to stay active, he would exclaim every morning to his beloved wife, “My goodness, aren’t we blessed to live in such a beautiful place!”

As a young man growing up on a family farm in Bradenton, he learned many lifelong skills, cultivated his love for the land and all its creatures, and dreamed of the adventures he would take in life.  In his youth he excelled in school, created lifelong friendships, fine-tuned his great sense of humor, and enjoyed his activities in 4-H.  During his high school years, Bob worked at a local dairy and a local chicken (egg) farm as well as managed his own herd of cattle.  In spite of his daily dousing of dirt, dust, hay and manure, he never lost his deep love of agriculture, often joking to people, “I was an eye surgeon so I could afford to be a farmer!”  He graduated from Manatee County High School in 1952 where he was inducted into the Hall of Fame. He attended Texas A &M in 1953, then transferred to Emory University the following year and graduated in 1956.  He continued at Emory and graduated from Medical School in 1959.  After completing specialty training in Ophthalmology at Harvard University’s Massachusetts Eye and Ear Hospital, Dr. King completed his residency as chief resident at the Wills Eye Hospital in Philadelphia, PA in 1963.  Upon completion of his residency, the administration of Wills Eye Hospital asked Dr. King to stay and take a position in their research facility.  In typical Bob King fashion, he said, “Thank you so much for the offer, but it is time for me to get home.”  He returned to Bradenton and began his practice in 1963.  In 1965 he and Dr. Roger Meyer opened the Manatee Eye Clinic where he practiced until he retired in 1991.  Dr. King helped countless patients and also influenced the broader medical community throughout his practicing years.  He was Chief of Staff of Manatee Memorial Hospital and served as president of the Manatee County Medical Society.  His calling and love were for helping people.  He was dearly loved by staff and deeply appreciated by patients.

In 1963 a dear friend, Anne Quillian, introduced Bob to the love of his life, Susan Taylor.  They married in 1965 and raised three children, Joseph T. (Joe), Martha Anne (Marti), and Benjamin E. (Ben).  He was a devoted family man, raising their children together to work hard, to care for their land and neighbors, to contribute through the abilities and passions they discovered, and to love the Lord in awe and humility.

While Bob raised a family, operated a successful medical practice, managed a small ranch where the family lived, and pursued many other interests, he was also extensively involved in the community, especially those programs which benefitted children and youth. When he took on any challenge, he saw it to its completion.  He and his lifelong friend, Rodney Potter, were the driving forces behind the Manatee River Youth Ranch.  He was one of the founders and the first president of the Manatee County 4-H Foundation.  He was the president of Bradenton Kiwanis from 1974-1978 where he made countless friends.  He especially enjoyed interviewing student applicants and awarding scholarships.  He was always impressed and encouraged by the caliber of those students.  Many people throughout his life came back to thank him for believing in them and giving them opportunities.

A great lover of history, especially local, Bob took on the task of compiling historical facts and wonderful stories to write a book in 1987 entitled, “The History of the Practice of Medicine in Manatee County Florida.”

Bob was recognized many times for his leadership and community contributions.  He was especially honored to receive the Manatee County Distinguished Citizen Award in 1993.  He was inducted into the Florida 4-H Hall of Fame in 2002.  He also received the Sertoma Service to Mankind Award and the Bradenton Herald Community Service Award.  His work and leadership were natural outpourings of his love for people and life.  He humbly accepted acknowledgements with the spirit of helping others find their own joys and ways of contributing.

One of Bob’s dreams as a young man was to live someday in the cool, crisp air of the North Carolina mountains.  His dream came true in 1991 when he and Susan purchased a home (with only an outhouse!) and farm in Brummetts Creek, NC.  For the next 20 years they lived in both NC and FL. Bob and Susan were as active in NC as they were in Florida and in no time were accepted and loved by their friends, church and community.   Bob was amazed and grateful for the outpouring of love and generosity from their dear friends and neighbors in the mountains, many of whom have gone on to heaven ahead of him.  The only time Bob sat in a rocking chair during his retirement was to cradle a grandchild, comfort a dog with a hurt paw, or bottle feed a baby goat who had lost its mother.

Bob’s faith in God and his church were the foundation of his life. He and Susan were both life-long members of First United Methodist Church.  They helped found the Braden River United Methodist Church and attended there as well.  The BRUMC was built in the NE corner of the family farm land at a time when Manatee County was expanding east. He and Susan were grateful members of the Brethren Church during their time in Brummetts Creek NC. In each church home, Bob served in many capacities.  He was always a student, reading voraciously and thinking deeply.  And, he was always a teacher.  He and Susan loved to teach Sunday School, dwelling in great mysteries with both young people and adults.  They taught high school classes together before they were married and continued teaching and hosting adult classes into their retirement. Bob quietly said of his faith, “Of utmost importance is my sincere gratitude to Jesus Christ, my Savior, Lord and Master.”

Bob is survived by his loving wife of 55 years, Susan, their children, Joe (Sara), Marti and Ben, and their nine grandchildren, Emma, Matthew and Will King (Joe and Sara), Laurel, Lea and Calla Beukema (Marti), and Lily, Jeb and Reid King (Ben).  As Grandy often said, “The children and grandchildren are our greatest blessings of all.” Bob is also survived by many dear cousins, nieces, nephews and in-laws in FL, OH, NC and GA. Bob is predeceased by and now reunited with his mother and father, Bartow and Martha King, his brother and sister, Peter King and Mary Lou King, his in-laws Jack and Lois Taylor, his nephew Jason, countless aunts, uncles and family, and the dearest friends a man could ever have.

The King family would like to express their deep appreciation to his physician Dr. Barbara Wagner and to his two caregivers Ms. Leah Wells and Ms. Linda Rubendunst.  Their expertise, gentleness, love, strength, humor and support helped and encouraged him throughout his later years.

A private graveside service will be held at Manasota Memorial Park. The King Family will host a grand celebration of Bob’s Life when healthy confidence in gatherings is restored.

The King family would like to honor Bob’s love for helping children by asking friends and family who wish to make a memorial gift to contribute to their own favorite local youth organization.

Gratitude, generosity, vision, healing, learning, adventure, citizenship, perseverance, faith and love will be the rich, lasting legacy that has become part of all who shared in Bob King’s abundant life.

A service summary is not available

Plant a tree in memory of Dr. Robert King
An environmentally-friendly option

Plant a tree in memory of Dr. Robert King

Click here to return to the Condolences & Photo Gallery


A Grove of 3 Memorial Trees was planted in memory of Dr. Robert King

A Memorial Tree was planted for Dr. Robert King

Plant a tree in memory of Dr. Robert King